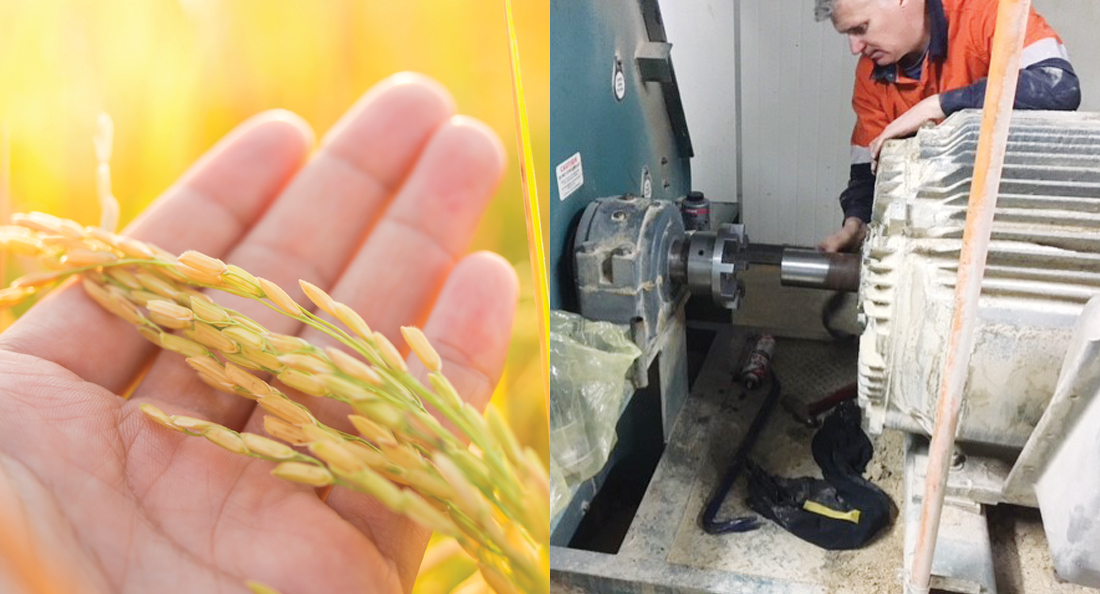 When a leading Australian grain producer needed to replace three hammer mill couplings at its grain mill, the BSC Shepparton branch in Victoria delivered the Lovejoy Quick-Flex® couplings by Timken overnight and replaced the old couplings within minimal time, resulting in zero downtime for the customer.

Adam Failla, BSC’s Shepparton Branch Manager, says the branch had the Quick-Flex® QF250 couplings readily available. The team then arranged to not just deliver them overnight, but also to remove the old couplings, install and laser align the new Timken couplings so that they were running at full capacity, without causing delays to the mill’s normal operation.

This resulted in considerable time and cost savings for the grain producer, Adam says.

“The couplings that our customer was previously using were no longer available in Australia. This meant they would need to wait at least 3-4 weeks and pay an additional airfreight to get the couplings delivered to them from overseas. Our branch is well-stocked with the Quick‑Flex® couplings as these are very popular products, so we suggested to help them with the replacement.”

The Quick-Flex® couplings are designed to allow for quick replacements which streamlined the process. As needed, the elastomeric urethane insert is able to be replaced quickly and easily without removing the hubs or moving connected equipment.

“This brings down the coupling replacement time to minutes instead of hours,” Adam says. “By eliminating the need to move or disassemble the drive system, it also makes it easy to inspect the couplings from time to time to make sure they are working perfectly.”

As a key supplier of bearings, power transmission and industrial products in Australia, BSC has been supplying products to the major Australian grain producer for the past 15 years. The team also conducts regular vibration analysis on the factory’s hammer mills, which was how they learned about the need for coupling replacements in the first place.

Adam says the BSC Shepparton branch has already supplied a range of Timken products, including the Quick-Flex® couplings and Carlisle belts by Timken to the 75-acre grain mill, receiving very positive feedback from the customer.

“We’ve built a very positive relationship with our customer. We supply them with quality Quick-Flex® couplings for their grain press and hammer mills. We also supply the company’s farms with a range of Timken bearings for their tractors, headers, pumps and augers,” he says.

Australian Timken’s Regional General Manager, Michael Grant, says the Lovejoy Quick-Flex® couplings by Timken are designed to withstand the shocks and vibrational loads that are common in applications such as hammer mills.

“The Quick-Flex® couplings can absorb shock loads and vibration while accepting up to two degrees angular misalignment. They can also handle high speed and very high torque of up to 188,000Nm, making them suitable for a wide range of applications,” he says.

“Also, because there is no metal-to-metal contact between opposing hubs with Quick-Flex® couplings, you’ll save money not replacing hubs or other metal components since they do not wear. For harsh environments, including wash-downs for food processing, we can also offer a stainless-steel version across a large range of the coupling sizes.”

Michael says the BSC and Timken engineering teams work together to support customers across a wide range of industries.

“The Quick-Flex® couplings are treated as standard off-the-shelf product for which BSC branches are always well-stocked. The BSC team is very much capable of providing the support required by their customers when it comes to the initial design or selecting the right coupling size to handle the required torque.

“In addition to that, the Timken engineering team is also there to support the BSC team as and when required. As part of the support on offer we jointly visit customers to introduce our products to them or to help with technical support that includes areas such as product selection and problem solving. It’s a partnership that has grown and deepened over time and one that works extremely well in adding value to our end-user customers.”