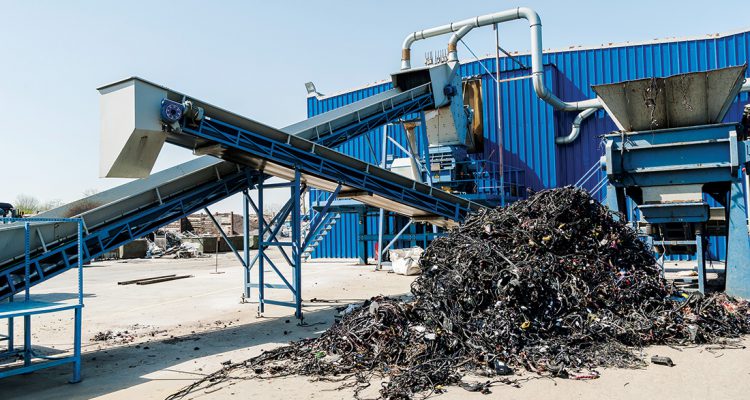 As the 2025 National Packaging Targets deadline approaches, resource recovery facility operators are presented with an opportunity to capitalise on expected throughput growth.

Between 2017-18, Australia generated 4.4 million tonnes of packaging waste, with only 68 per cent collected. Of that 68 per cent, 56 per cent was recovered via recycling.1

The national packaging targets in contrast aim to ensure 70 per cent of all plastic packaging is recycled by 2025. In addition to delivering significant environmental outcomes, the targets are set to facilitate economic opportunity in the sector through increased material availability.

While belt drives might not represent the most high-tech or glamourous component of an average recycling plant, Mark says superior strength and high grip belts are critical to maintain operations and minimise downtime.

“Sorters, conveyors and crushers are all central to the recycling process and are typically belt driven by an electric motor,” he says.

“BSC provides a wide range of belt drives to facilitate recycling applications, from our economy range right up to high performance V and Timing Belts.”

Carlisle belts have been manufactured in the USA since 1905. The billionth Carlisle belt was sold in 2015. Recently acquired by The Timken Company, Carlisle belts are backed by a long history, yet continue to innovate and introduce new belt lines and products to market.

New lines include the Panther® XT synchronous belt which acts as a powerful alternative to chain and polyurethane belts. Timken also launched its Drive Engineer™ mobile web app to assist in the design and maintenance of Carlisle belt drives in 2017.

“We have been working with Carlisle since the early 90s and have developed a very strong working relationship, which will continue to grow under The Timken Company for the marketplace,” Mark says.

“In applications that require some level of slippage, a V belt is the best solution and you have variety of options within the Carlisle range” Mark explains.

“For applications with no slip requirements and synchronised drives however, I’d recommend a timing belt such as the Panther® synchronous belt.”

According to Mark, correct installation and tensioning is necessary to ensure the proper operation of the entire belt drive and will guarantee long service life.

“When a drive is set up correctly and still failing, it likely points to something else incorrect in the system, belts act as a safety fuse in the system” he says.

“In that case, our engineering service can work on the machine to identify incorrect maintenance practices and drives or detects issues with other components that are affecting the belt life.”

Mark adds that by upgrading their belt drives, facility operators can reduce energy consumption, pulley sizes and hub loads through a lower quantity of the belts required.

“The longevity of belt drives equates to less downtime, greater motor efficiency and reduced maintenance costs. Carlisle belt efficiency can be as high as 98 per cent,” he says.

“BSC recognises the positive impact its specialised products and services can, and do, have on helping customers become more sustainable across economic and environmental objectives.”

With the functionality of Carlisle belts specifically designed for the harsh environments of resource recovery, Mark says BSC is perfectly situated to assist capacity upgrades in the growing packaging recycling sector.

“BSC has extensive experience working with numerous companies in the packaging industry across Australia,” Mark says.

“That experience enables us to understand the special needs of those businesses and product processes, including energy conservation, high sustained speeds, continuous production, heavy leads and wet and dusty environments.”