Diamond for the rough

Home > News  > Diamond for the rough 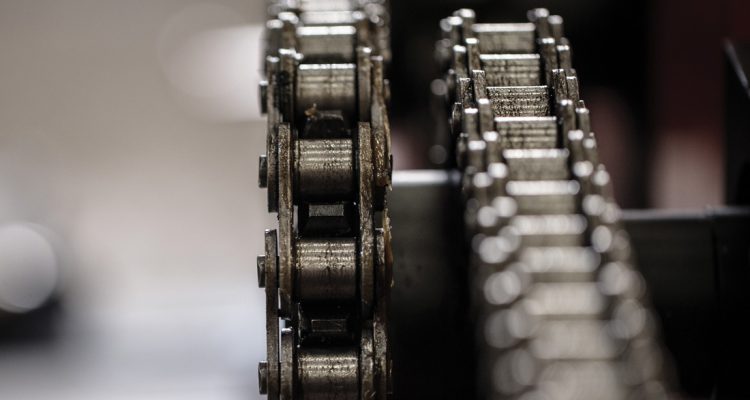 20 Dec Diamond for the rough

Roller chains are one of the most common components used in machines to transmit power, whether it’s turning the wheels on a bicycle or conveying thousands of tonnes of material an hour.

While roller chains may at first appear to be a simple product, the reality is often anything but. The number of components in a ten-foot section of  standard ANSI 40 chain adds up to 1200, and as the saying goes, a chain is only as strong as its weakest link.

Not all roller chains are created equal, and choosing the right chain for the application is critical, according to Troy Markland, Product Manager at BSC.

“In heavy industries such as manufacturing, mining, quarries, construction or agriculture, it’s vital to have durable equipment,” he explains.

“These industries have large scale production processes with high dollar values, meaning that unscheduled downtime can be very expensive.

“That’s why for tough applications, Diamond roller chains are some of the best out there.”

Diamond is a US-headquartered company that focuses solely on the development and manufacturing of industrial roller chains. According to the company, its products have been used in the Wright Brother’s first flying machine, Henry Ford’s first automobile and a number of motorsport champion vehicles 1.

The company aims to produce premium roller chains with long lifespans. To do so, it only uses raw materials that live up to its high standards for metal grade, mechanical properties, carbon and alloy content to minimise impurities that affect tensile and fatigue strength.

As part of its manufacturing process, Diamond designs each component to a precise dimensional standard, with a rigorous quality control system in place to ensure that only qualified pieces reach the final assembly stage.

Inner and outer plates go through a multi-stage pitch hole process to create a maximum bearing area that is straight, smooth and burr free. Precision grinding is performed on the pins to ensure a consistent fit and smooth travel, while rollers are subject to strict dimensional control to allow for extrusion with extreme roundness. Dimensional control also enables bushings to be extruded with uniform wall thickness and concentricity for a smooth travel and maximised wear surface.

Markland compares the use of a high-quality roller chain to installing good quality tyres on a car.

“With a better-quality tyre, your car is going to be able to drive for longer without needing to replace them. The same can be said for roller chains, and we have seen heavy industrial companies spend less time and money on replacing the chains necessary to keep their equipment running,” he says.

One example where Diamond’s roller chain saved a building material manufacturing company money was when a concrete products manufacturer upgraded its machinery.

However, a large concentration of dirt and concrete grit was present in the facility, which caused the chain the company had been using on its tile stacker and pallet delivery machines to prematurely elongate and wear.

The Plant Manager began to evaluate several chain choices, ranging from cheap economy chain to high performance Diamond chain. To find out which product had the best overall value, the manager began by quantifying the costs associated with each instance of a chain replacement

Because the company produced around 1667 blocks per hour, at a retail value of around $1.79 per block, its downtime costs were equal to $2985 per hour. In addition, the labour costs to replace the chain would be 12 work hours at $120 per hour, making the total expense for chain replacement $4425.

Given the high costs associated with the downtime for chain replacement, the company determined that purchasing the best quality chain available would prove to have the best value for it in the long run.

By using Diamond’s return on investment calculator, the company found it could expect a minimum increase of 50 per cent in wear life over its current roller chain. As a result of switching, the manufacturer saw a significant decrease in downtime and labour costs, saving more than $6500 in the first year and is estimated to save up to $33,000 over five years.