Get a grip on energy bills with the right belt drive 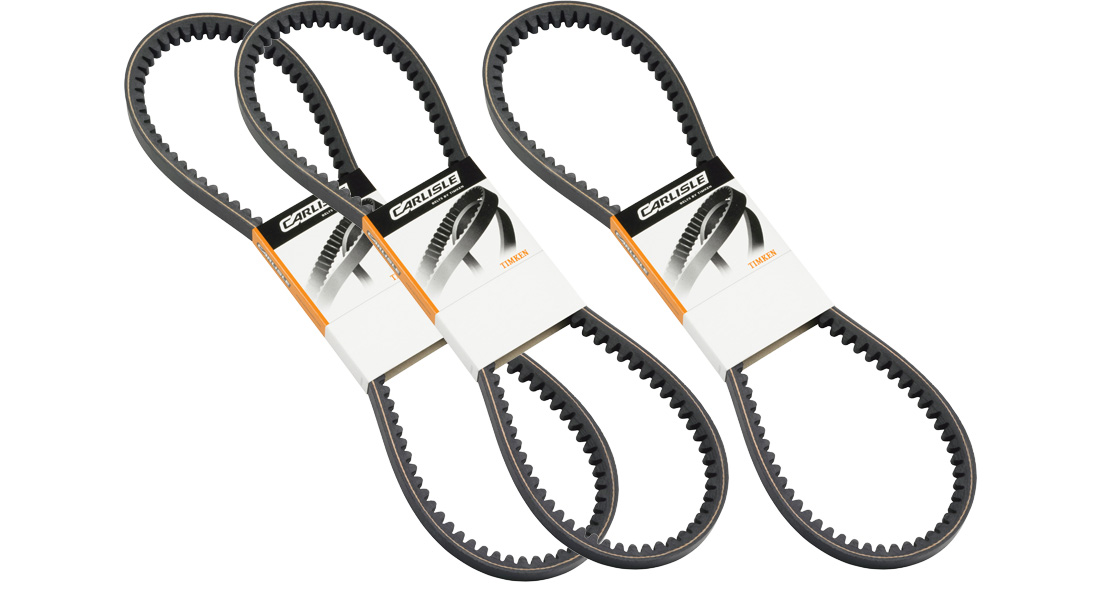 The cost of energy in manufacturing building materials is a major contributor to the overall cost of the product. Steve Hittmann, National Product Manager at BSC, says upgrading from wrapped belts to raw edge cogged belts is a low-cost option to achieve higher energy efficiencies in drive systems.

“Unlike wrapped belts, the raw edge construction does not have a fabric on the side of the belt. This puts rubber in direct contact with the pulley grooves, greatly reducing slippage. The cogged raw edge V-belt also has notches cut in the underside for cooler operation and greater flexibility, which makes them ideally suited for smaller diameter pulleys,” he explains.

“When belts frequently slip on the pulley, this leads to uneven belt wear and this in turn wastes more energy by creating excessive heat. All of this is avoided with raw edge cogged belts as they have a higher coefficient of friction and can keep a tight grip on the pulley,” he adds.

To provide a complete power transmission package, BSC works closely with Timken Belts, manufacturer of Carlislebranded belts. With a rich history that goes back over 100 years, Carlisle belts by Timken have been known by different names over the years, having changed from Dayton Rubber to Dayco to Carlisle. But over the years, the brand has remained synonymous with high performance and innovation.

Steve says through the partnership, BSC branches can supply customers with a wide range of high-performance Carlisle belts, including the classical cross-section belts in the wrapped, raw edge and cogged constructions, as well as fractional horsepower belts, synchronous belts and more.

“Additionally, BSC has extensive experience when it comes to designing drive systems and maintaining the belts to achieve maximum energy efficiencies,” he says.

Brent Elliott, Senior Applications Engineer at Timken, says depending on the drive mechanism, raw edge cogged belts, such as the Carlisle Power-Wedge® Cog-Belt®, can carry up to 30% more force compared to their equivalent wrapped belts.

“Carlisle Power-Wedge Cog-Belts are made with Ethylene Propylene Diene Monomer (EPDM) material, which gives them a high load-bearing capacity. The cogged design also makes them more flexible and more aggressive on the pulleys.

“By switching to our Power-Wedge Cog-Belt, you can achieve higher service factors and therefore longer service life if you use the same number of belts as you would use with wrapped belts. Alternatively, you can reduce the number of belts on your drive, bringing down the overall cost of the drive system,” he explains.

As a way to calculate the exact dollar savings that can be achieved by switching to cogged belts, Brent recommends using a simple tool on their DriveEngineer website, called PowerMiser.

“PowerMiser is a very user-friendly tool that anybody can use. By entering a few basic parameters, you can calculate the cost savings when you switch from wrapped belts to cogged belts,” he explains.

Correct belt tensioning is a key parameter to ensure that belts maintain their initial efficiency. Brent says in his experience, more than 90% of issues related to poor belt performance are linked to improper tensioning.

“Tension is the number one issue with belt drives. The majority of the problems we see in the field are tension-related, and almost always the problem is that belts are under-tensioned,” he says.

A simple tool from Carlisle, called the Tension-Finder®, can help the maintenance personnel accurately measure and adjust the tension in the belts.

Brent says the BSC engineering staff is highly trained to answer any questions regarding efficient design of drive systems and maintaining high efficiency in belts.

“As a key partner for us in Australia, we regularly conduct training for all BSC team members on the best belt installation practices and designing drive systems. Correct belt installation and tensioning is key to maintaining long belt life and is something that the BSC team has a lot of experience with,” he concludes.