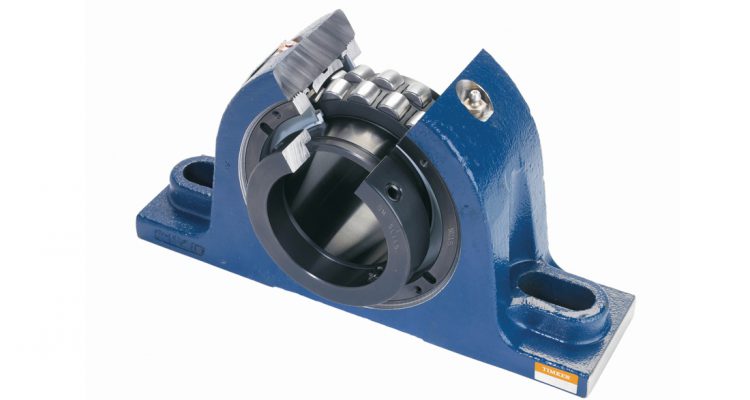 The best thing about the Timken® spherical roller bearing solid-block housed units is that there’s no way you can break them,” says Mark Bristowe, who manages BSC’s Mulgrave branch in Melbourne.

Timken® is one of BSC’s key partners for bearing products, with BSC acting as the sole supplier of the Timken® spherical roller bearing solid-block housed units in Australia. The product is already well-established in the mining and quarrying sector, with some heavyweights in the sector implementing the units in their operations.

Bristowe says when the Timken® housed units – formerly known in the market as Blue Brute – were introduced into the Australian market a few years ago, there were some customers who were skeptical about switching to the new product.

“So, we told them if you can break these housings, we’ll give you a free one. They purchased the product and to date we’ve never heard any complaints from the customers. We’ve actually had so much success with these units that some of our customers are systematically switching from their existing split-housed units to the solid-block housed units,” says Bristowe.

But superior strength is not all they have to offer. The Timken® spherical roller bearing solid-block housed units are also designed to handle up to 1.5 degrees of misalignment and to protect the bearings from contaminants, with a range of primary sealing and secondary covers.

“The housed units that Timken® provide come as fully assembled, pre-greased, sealed units that are ready to be fitted to the shaft. A major benefit of this is that it reduces the installation and removal time for operations that are time-critical, such as replacing conveyor pulleys,” says Davies.

Timken® use eccentric locking collar and tapered adapter sleeve designs that take the bearing adjustment away from the fitter and allow them to be factory-set. This further simplifies the installation on site.

To demonstrate the time-saving during site installations, Davies says while replacing a traditional split-housed spherical roller bearing with manual adjustments on a conveyor pulley may take the fitter anywhere between four to five hours, the Timken® solid-block housed unit can be fitted onto the shaft in 30 minutes or less.

And while the initial cost for a solid-block housed unit is higher than that of the standard split housed unit, Davies says this is more than compensated in the long run with an extended operating life.

“When you look at the considerable saving in fitment time and the reduction in lubrication and maintenance requirement, the total cost of ownership of the housed unit is actually lower and it pays for itself many times over in the long run.”

Davies, who has been involved with the sale and support of bearing products to the mining sector for over 25 years, says the Timken® product range has evolved and expanded over the years to include multiple sealing arrangements and shaft locking configurations that would be needed in different applications.

“Timken® continues to expand the range of its housed units, not only in the plummer block styles, but also in flanged and take-up housings. Timken® spherical roller bearing solid-block housed units currently come in five locking configurations and three sealing options, including labyrinth seals and triple-lip seals made of either nitrile or urethane,” he says.

“Timken® has also expanded the range from predominantly imperial-sized housed units and now offers a wide range of metric shaft sizes up to 380 millimetres, which are mostly made to order for the larger sizes,” he adds.

The relationship that BSC and Timken® share goes beyond selling the units. The BSC technical team works alongside Timken® to provide solutions to customers.

“BSC, through its extensive branch network, has forged a close relationship with customers across Australia. The BSC team offers onsite services to the customers, while Timken® oversees fitment procedures when necessary,” says Davies.

Over the years, Davies says, the collaboration has benefited many customers in extending the life of
their bearings.

“We have had customers that were not getting sufficient life out of their standard housed units. Because of the high sealing capacity, superior housing strength and our ability to make unique designs, we have been able to provide these customers with solutions that serve their needs.”

“Timken®, with the help of the engineering support from BSC, offers a range of services to customers that include onsite training for the customer’s engineering and maintenance groups to understand the benefits of housed units and the fitting procedures that various shaft locking devices need,” says Davies.