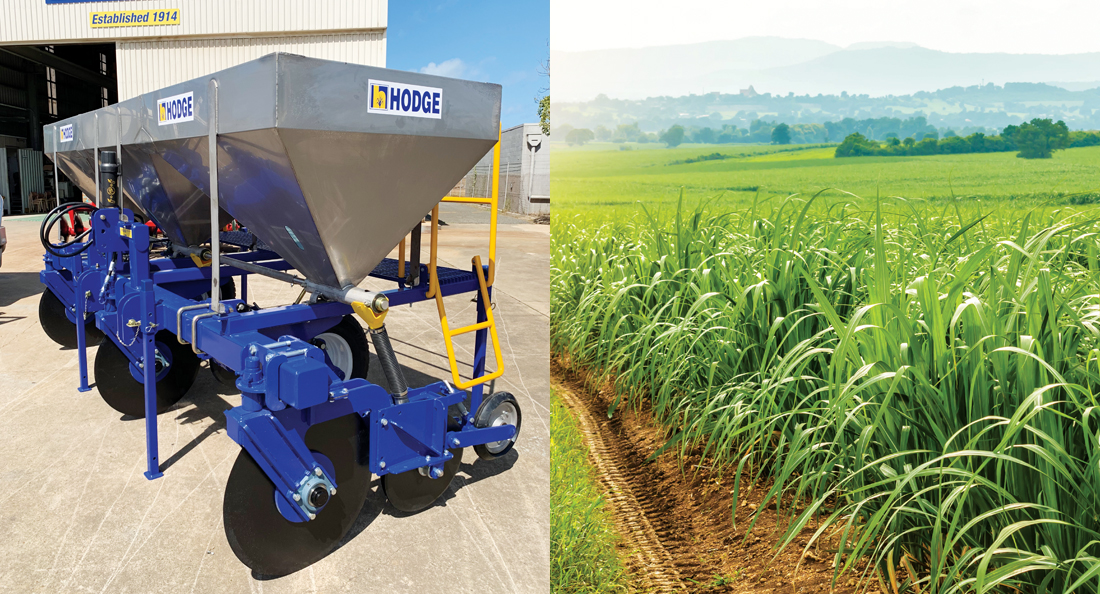 Wayne Willis speaks proudly when he talks about the history of Hodge Industries, where he is the owner as well as design engineer. A brief review of the company’s manufacturing legacy tells us why.

Wayne is the fourth generation of the family-owned business founded in 1914 when Wayne’s great grandfather won a patent for his unique sugar planter. The company has since expanded its range of products to include equipment for every stage of sugar cane plantation, from land preparation to planting, fertilising, weeding and harvesting.

They have exported since 1974 to almost every sugar cane growing country in the world and are the sole supplier to the sugar farming industry for a wide range of products. They also offer machinery repairs and general engineering services from the Hodge factory in Mackay.

Over the past 20 years, Hodge Industries has been relying on the BSC branch in Mackay to source the bearings and bearing components the company requires for a number of its agricultural equipment as well as a number of other miscellaneous parts and components required for their factory.

Wayne says the partnership has been advantageous for Hodge Industries for a number of reasons.

“Our experience working with BSC has been really good. The products we source from them are all excellent, as is the service they provide. More importantly, they constantly talk to us about our requirements to make sure they are well-stocked for whatever we might need in the future. They work hard to ensure we are fully supplied with what we need.”

One of the key components that BSC supplies to Hodge Industries is the NSK Agri Disc Hub – a complete bearing housing unit designed and manufactured by NSK Germany to withstand the rigours of broad acre farming, including Australia’s harsh conditions.

Andrew Rooney, BSC Mackay branch manager says the first time BSC introduced NSK Agri Disc Hub to its client was around 4 years ago. “Since then, they’ve just continued ordering the product. They don’t use anything else,” Andrew says.

Wayne says Hodge Industries has used the NSK Agri Disc Hub to improve the design of its sugar cane fertiliser equipment, which are used to fertilise the sugar cane ratoons when they grow about one metre tall.

“Through this improvement, we’ve created a more reliable product, to the point that we’ve actually never experienced a bearing failure since we started using the NSK unit. The Agri Disc Hubs were actually tested overseas in harsher environments than what we experience here in Australia, which explains their toughness and high performance,” he says.

“The bearing we used before was a lot bigger, and we had to make them in components at our factory and then assemble them out in the field. The NSK Agri Disc Hub that we get from BSC replaces that whole mechanism. It’s also smaller and thinner, so it works really good for our product.”

According to NSK Australia’s Sales Engineer Dave Healey, the strength of NSK’s Agri Disc Hub lies in its thick solid steel housing body, which has a minimum thickness of 8.5 mm around the seal and bearing.

“This allows the bearing to absorb heavy impact loads,” he says. “The double row ball bearing installed at a 40-degree contact angle also enables the Agri Hub to cope with higher axial loads compared to a standard 30-degree angle of most competitor’s bearings.”

According to Andrew, there is great take-up of the Agri Hub in Mackay, both from manufacturers such as Hodge Industries as well as from farmers and equipment repairers.

“We just make sure that we stay on top of our customers’ needs and that we have all of the parts in-stock, when they need it and where they need it.”