Stretching the belt life with the right upgrade

Home > News  > Stretching the belt life with the right upgrade 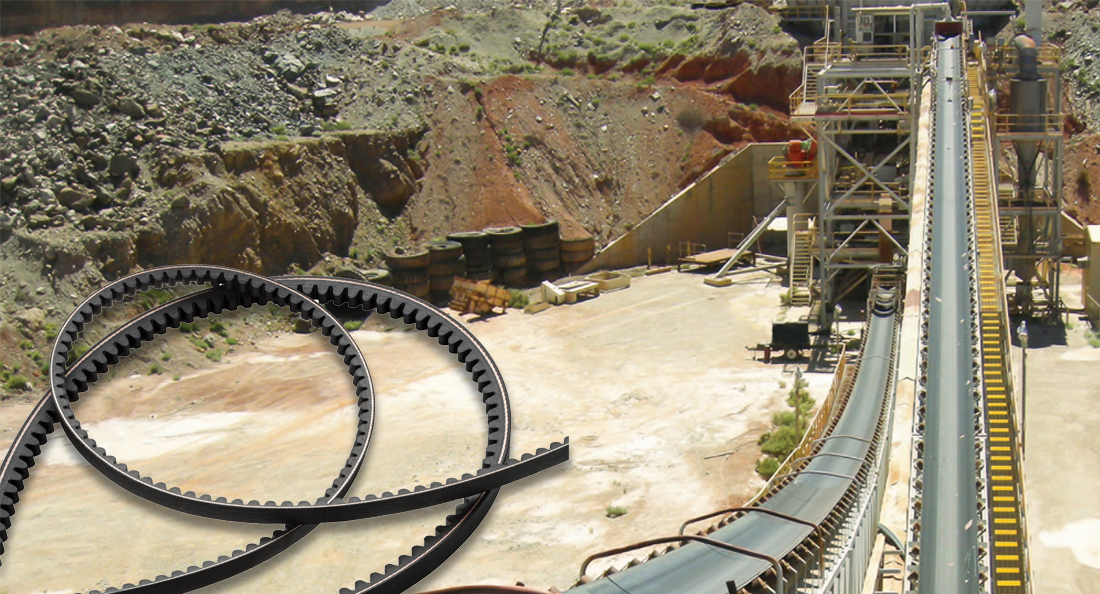 28 Sep Stretching the belt life with the right upgrade

When BSC’s Bundaberg branch in Queensland noticed that their client, a major gold mine, was being forced to replace the drive belts on their conveyor system sooner than the scheduled downtime, they proposed upgrading the drive belts to the raw-edge Carlisle® Power-Wedge® Cog-Belt®, with significant improvements in belt life.

Dale Jackson, Branch Manager at BSC Bundaberg says the rugged working conditions in the mine were causing premature failure of the existing drive belts, with some drive belts failing within only two to three weeks after their installation.

“Our job is to advise our clients where better solutions are available for their specific applications. Carlisle belts have proven time and again that they are reliable and value-for-money products. Since the upgrade to Carlisle raw-edge belts, the drive belts are now easily getting through to the next scheduled maintenance for the plant, which may be three to six months at a time,” says Dale. “The belts can actually last longer but the mines tend to replace them during the scheduled downtime as they don’t want to run the risk of unscheduled downtime. In a gold mine, downtimes can cost anywhere between $15,000 to $20,000 per hour so the client prefers to replace the belts regularly at a fraction of that cost,” he adds.

The increased durability of the Carlisle Power-Wedge Cog-Belt, as Steve Hittmann, BSC’s National Product Manager – Mechanical Drivesystems and Belt Drives explains, comes from the higher load bearing capacity and the physical attributes of the belts.

“The Carlisle Power-Wedge Cog-Belt by Timken has high-modulus cords that carry high horsepower loads with minimum stretch. The narrow profile of these belts means you can have a compact drive package that offers similar efficiency as a wider drive. In terms of physical features of the belt, the moulded cogs help improve the belt flex and the raw-edge sidewalls increase the belts’ friction, so that the belt can keep a tighter grip on the pulleys and reduce slippage,” says Steve.

“Additionally, the Ethylene Propylene Diene Monomer (EPDM) material of the belts offers superior flexibility and load carrying capacity. The EPDM material is oil resistant and offers excellent heat resistance with a 60 per cent broader operating temperature range than conventional belt materials. All of these features make the raw-edge Carlisle belts superior products to use in the harsh mining and quarrying applications and help reduce drive costs.”

As a key supplier of Carlisle belts in Australia, BSC staff are highly trained in the proper design and installation of drive systems where clients need assistance.

Using the Carlisle PowerMiser™ web application, users can also estimate the annual energy costs, savings and payback that can be realised by upgrading to Carlisle belts by Timken.

Dale says since the US-based Carlisle belt was acquired by Timken a few years ago, the brand has found a global footprint with support from a major global brand.

“The Carlisle brand has been around for many years, offering a very wide range of belts for multiple applications. Now, ‘Carlisle by Timken’ means we have the backing of a major international company.”

Having worked as part of the BSC team for many years and currently leading a six-member team at the Bundaberg branch, Dale says he takes pride in being able to work through different issues for BSC’s mining clients.

“We frequently visit the clients’ site and identify the applications that are causing pain points for our customers and help them best solve their problems. Obviously with COVID-19 restrictions, we have not been able to get out there and provide support as much as we would like to, but our customers know that whenever they need our support, we are only a phone call away. Our branch works 24/7 to match our mining clients’ operations,” says Dale.

“Throughout my years working with BSC; working together with the mines and understanding their requirements has been a great journey and partnership and one that I’ve enjoyed as part of my job,” he adds.